The French painter and engraver Jean-Pierre Louis Laurent Houël (1735-1813) entered the Rouen School of Fine Arts at the age of fifteen years old. He quickly showed a special inclination for landscape painting. Houel went on to study architectural design and engraving in Paris. In 1770 the artist won a scholarship to continue his studies in Rome, where he stayed for four years. In Italy, he realized excellent drawings of the ancient monuments. He returned to France in 1773, and started painting by commission. In 1776 he travelled to Italy and visited Naples, Sicily, Malta and Lipari island.
During this journey, he made approximately a hundred and sixty-four drawings, which he etched and annotated himself. They were published in France in a large format edition of four volumes (1782-1787). Catherine II of Russia bought some of Houel's paintings. Houel became member of the Academy of Rouen and other scientific societies, and published more works on his art. Several of his paintings are housed in the Museum of Rouen.

This edition (of which only one volume is available here) includes views of the ancient monuments of Sicily as well as drawings showing everyday and public life in Southern Italy. 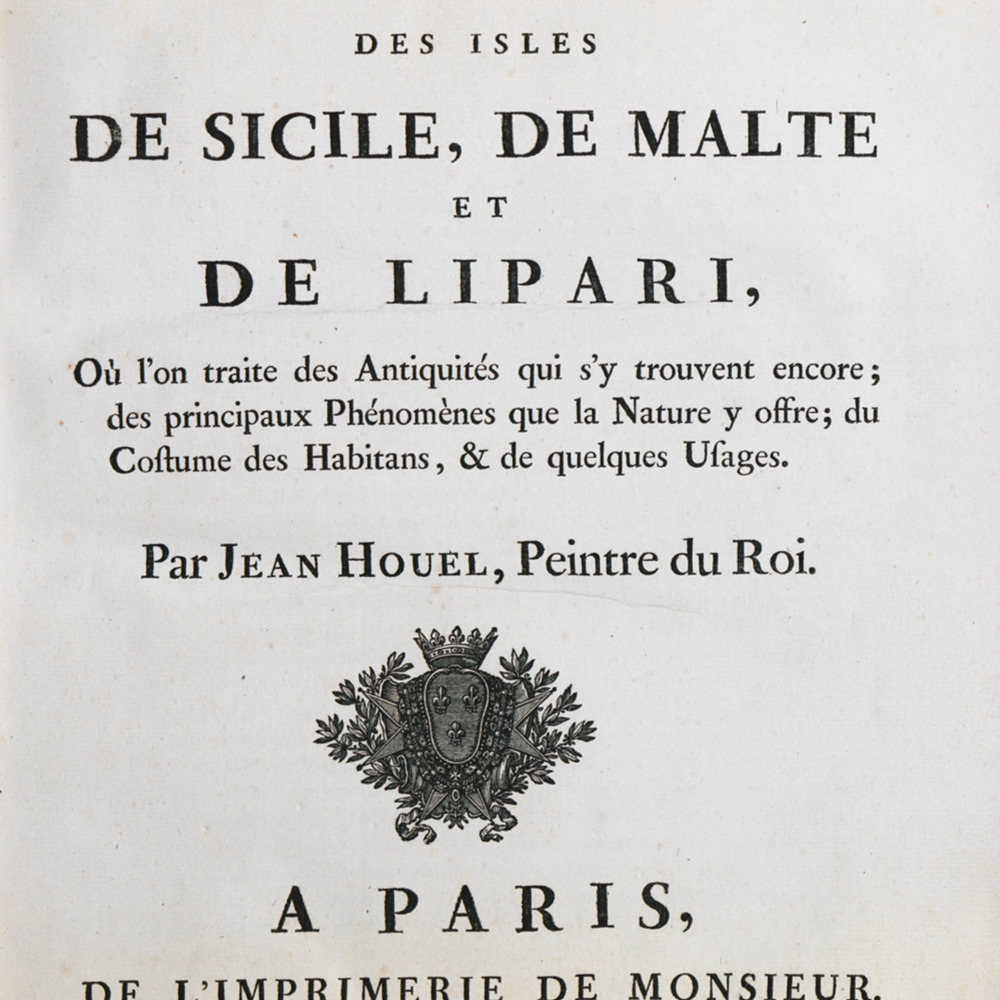 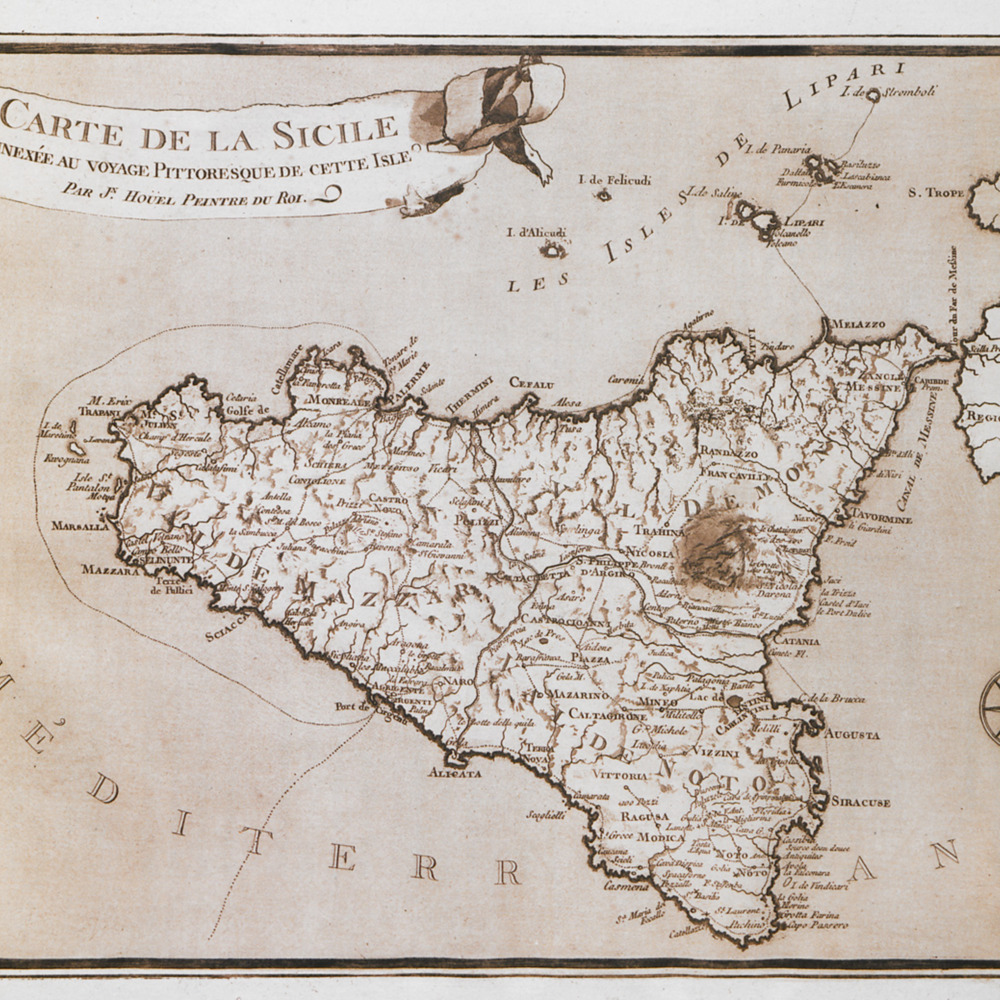 Sicilian travellers; possibly a snapshot from the author's journey. 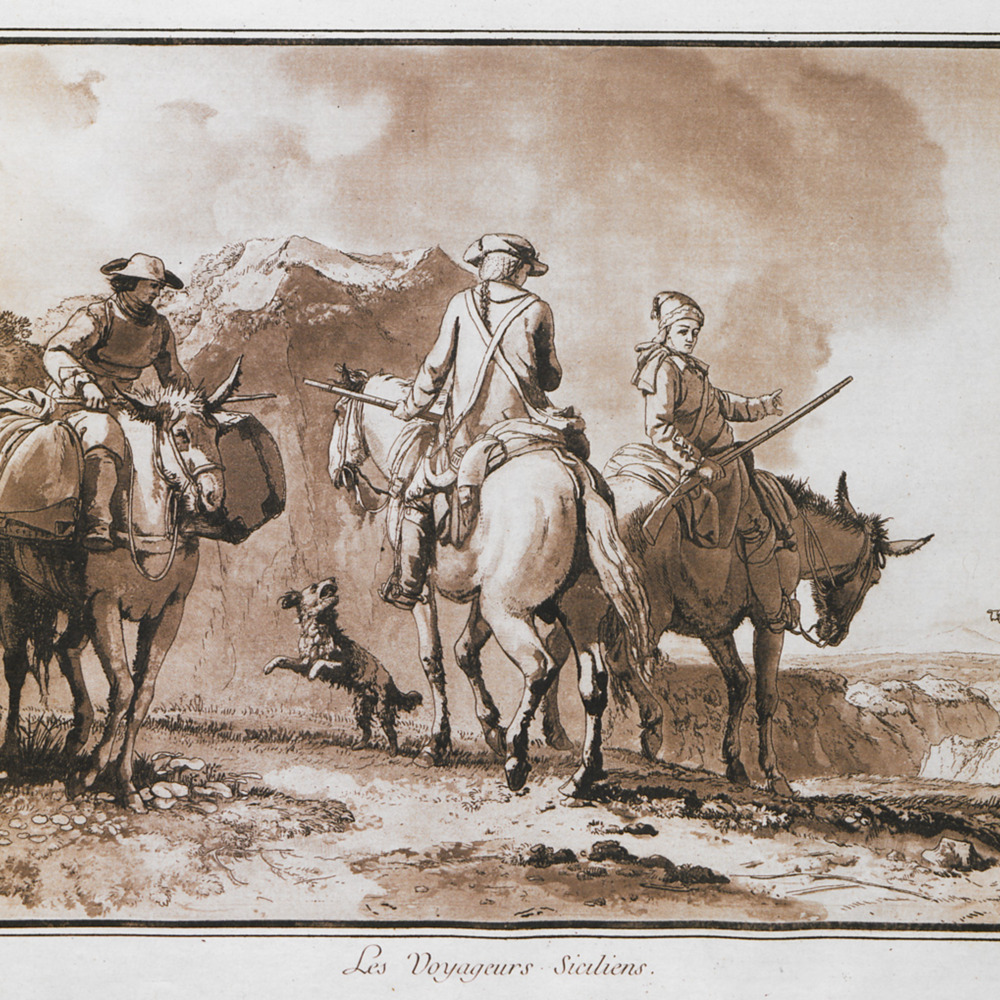 Religious procession in Alcamo, Sicily. Plan of the Doric temple of Segesta. 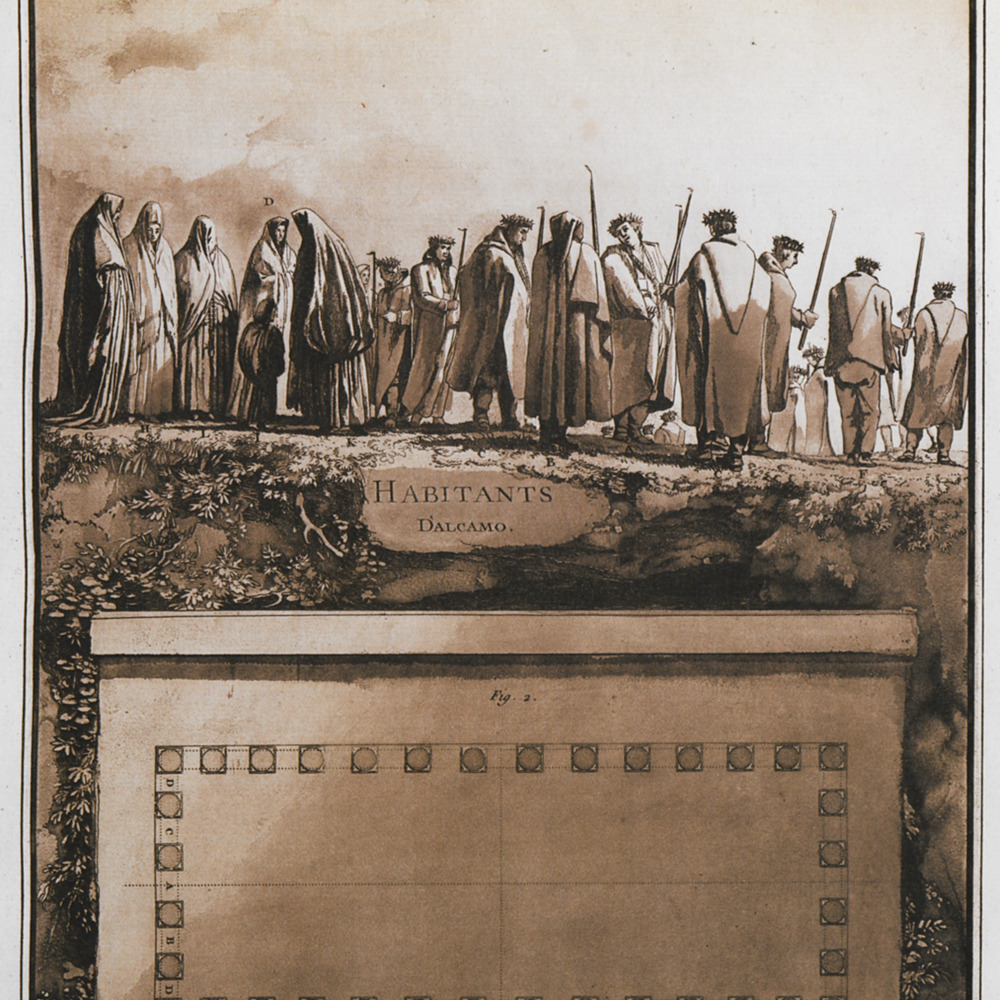 Inscription in Latin and Greek from Segesta, Sicily. 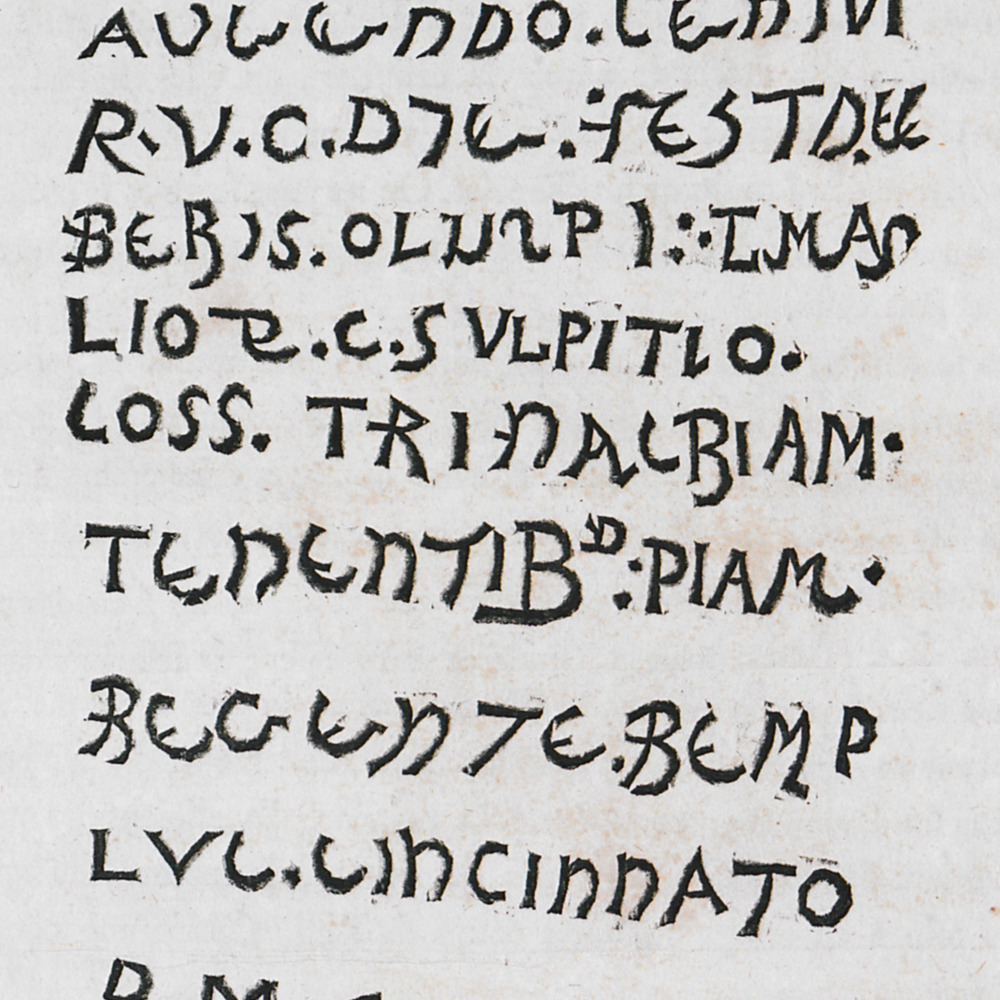