The British painter Joseph Cartwright (1789 - 1829) travelled to Corfu when the Ionian islands became a British possession in 1815. Cartwright served for some years as pay-master general of the forces at Corfu. At the same period, he was able to tour the Ionian islands and surrounding area. It is certain that he remained at Corfu until approximately the beginning of 1821, the year he published his album “Views of the Seven Islands” in Great Britain. He subsequently exhibited his work at the Royal Academy and the Society of British Artists.

From 1823 to 1829, Cartwright dedicated himself exclusively to marine painting, and the depiction of naval battles. His works gained the appreciation of the public and in 1828 he was appointed marine painter to Lord Clarence, High Admiral of England. Cartwright organized an exhibition which included several of his paintings of the Battle of Navarino (1827). To create those works, the artist used drawings and information provided to him by officers who had taken part in the battle between the Ottoman and the Christian forces of the West, which was decisive for the outcome of the Greek Struggle for Independence.

Cartwright's art is marked by the artistic currents of his time, when landscape, and especially marine painting, are enriched by elements of folk culture. Thus, his works render landscape and people realistically, with great technical dexterity, delicacy, spontaneity and sensitivity.

This album was dedicated to Thomas Maitland, then Lord High Commissioner of the Ionian islands. It includes an introduction on British administration and rule of the islands, and a historical note on each one of them. The paintings are marked by a calm narrative style, and present an abundance of scenes from everyday life, while simultaneously depicting the details of the architectural environment. They are representative of the artistic tendencies of the time; at the same time, even though they render people and their surroundings in a somewhat idyllic fashion, they constitute an important repository of visual information on the space and the culture of the Ionian islands in the early 19th century.

Town and harbour of Corfu. From the island of Vido. 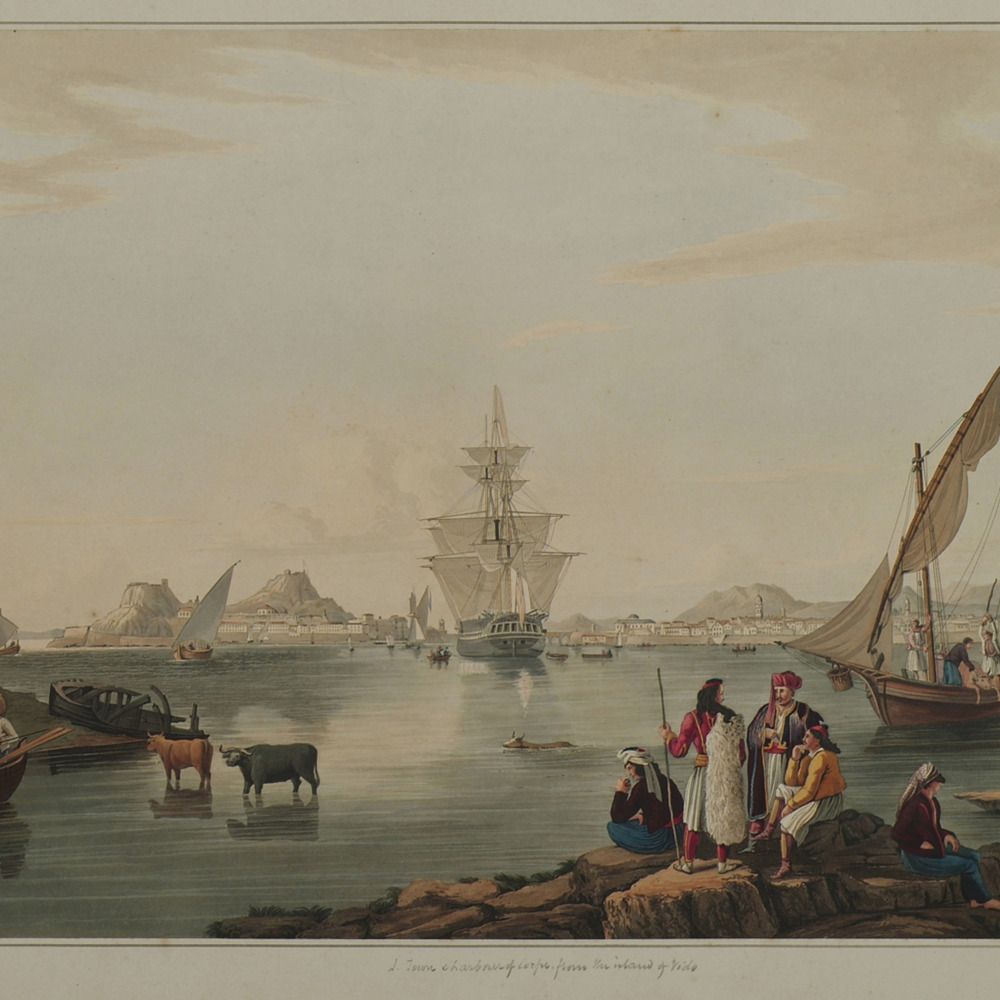 Feast of St. Jason and Sosipatros in Corfu island. 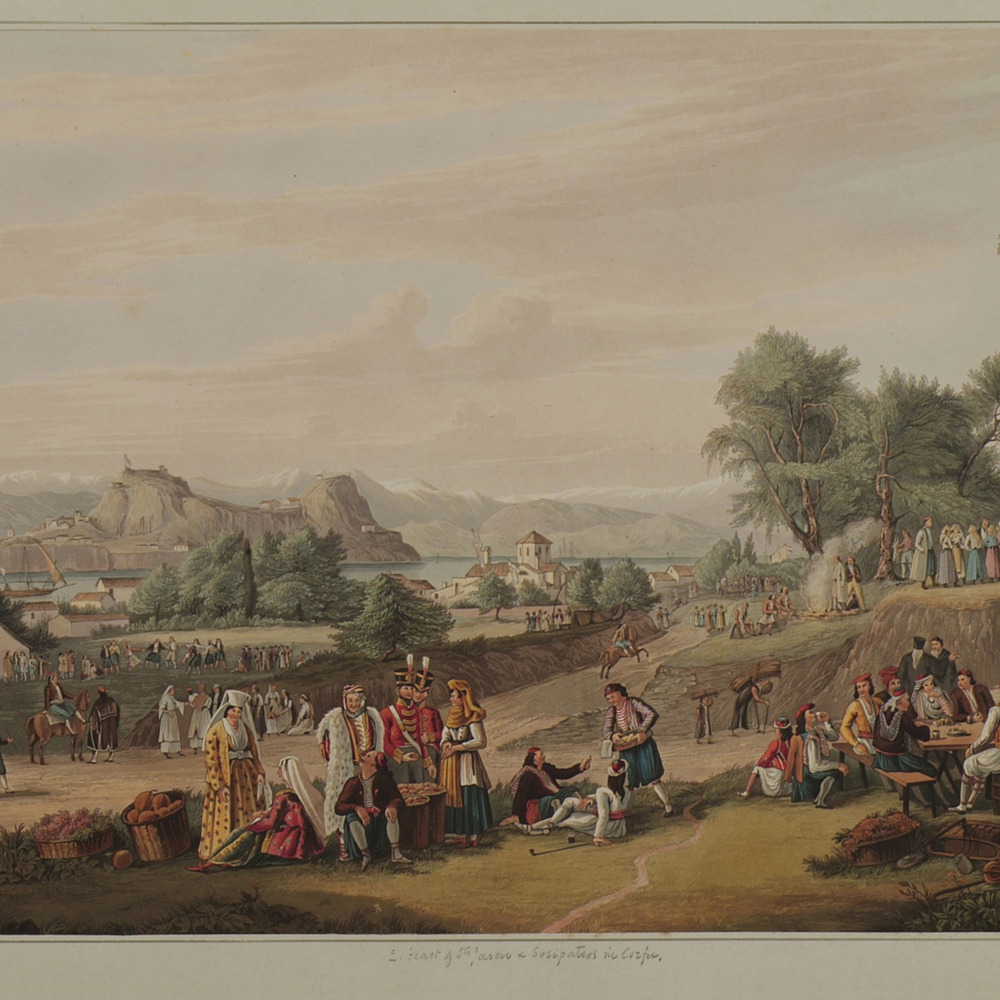 The procession of Agios Spyridonas at Spianada, in the town of Corfu. 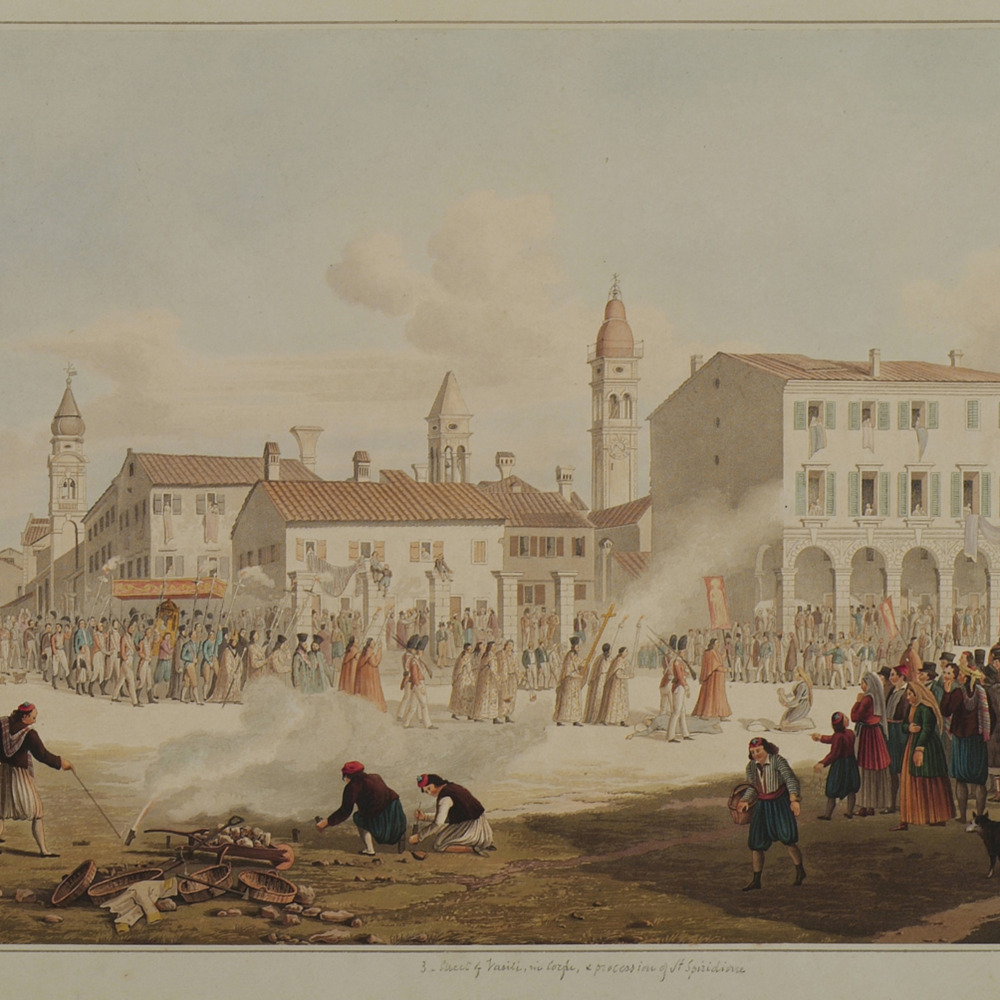 The ford at Perama, Corfu island. 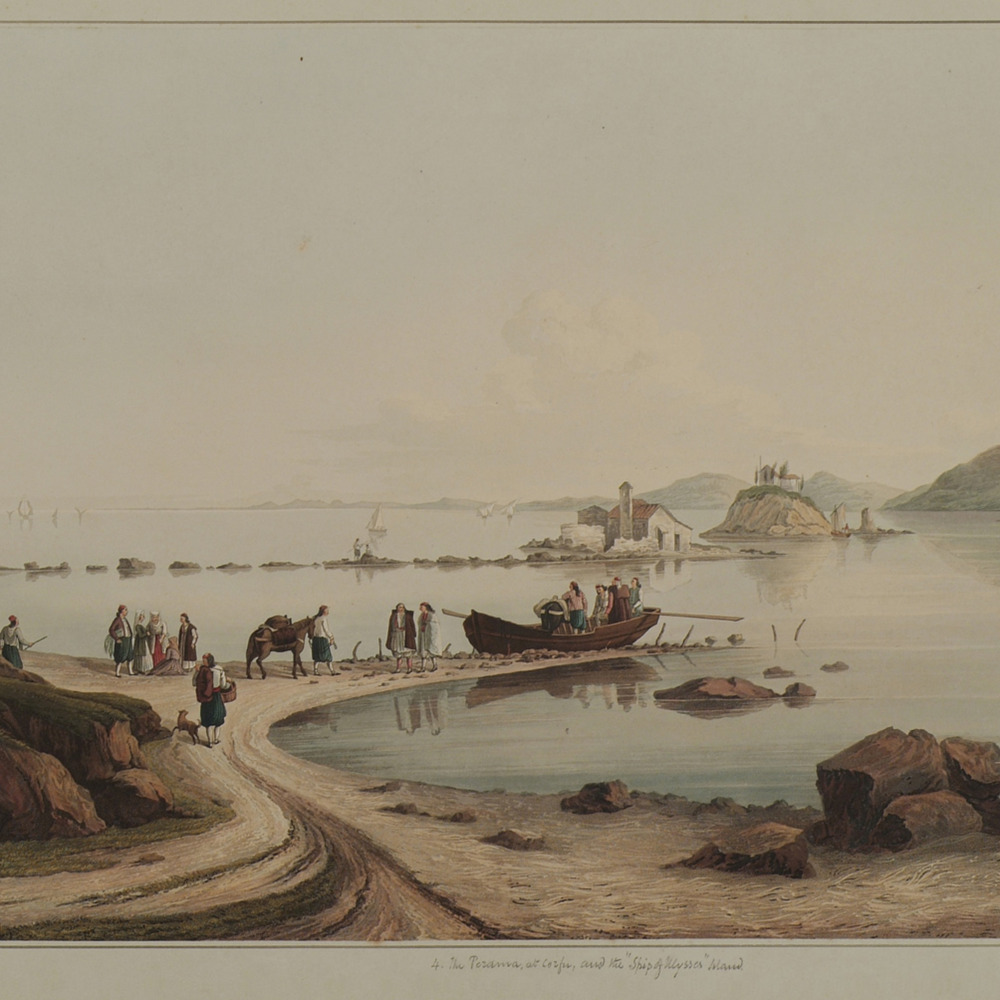 The castle of Santa Maura from the Acropolis of Lefkada. 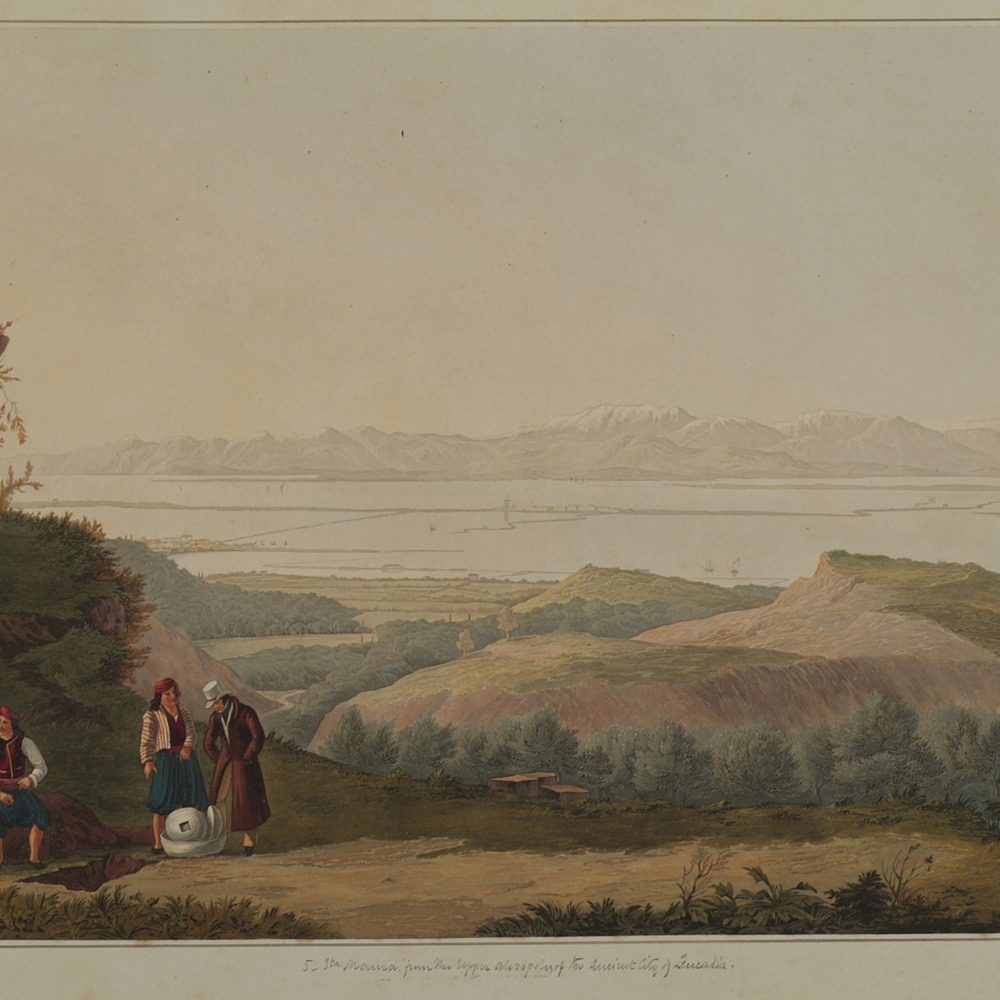 View the items in CARTWRIGHT, Joseph. [The Ionian Islands: twelve plates / engraved and colored by R. Havell and son, London, 1821].