Otto Magnus von Stackelberg (1787-1837), the fifteenth child in his family, was raised and educated in Estonia. He studied in Germany and Moscow, and while visiting Italy he realized that painting, the arts and antiquity were to shape his life. He lived in Greece from 1810 to 1813, where he became acquainted with the large colony of European artists, intellectuals and merchants, and participated in the excavations they organized in Athens, Aegina, Phigaleia and Asia Minor. He later went to Rome, where he stayed for twelve years. He also travelled to England, France, and the Netherlands. Stackelberg spent the last two years of his life in his home country, where he died.

Influenced by the spirit of adulation of antiquity and the romantic idea of a unity between nature, life and art, typical of his time, Stackelberg travelled in Greece and Italy, his drawings capturing then current perceptions of the ancient monuments and the modern populations. In his view, the grandeur of a composition lies above all in its serenity and simplicity, not in exalted self-destructive passion. With regard to human figures, he strove to present the most vivid image of reality as a “historic moment” destined to disappear and his copperplate engravings are accompanied by well-documented commentaries. Regarding his interactions with local people, he notes: “Peasants would come up to me, my sketches made a strong impression on them. They would look at the lines and ask me with childlike ingenuity if those [the drawings] would aid the liberation of Greece from the Turks”.

Stackelberg published impressive works, mainly landscapes and standardized portraits. His first publication, which included copperplate engravings of typical figures in traditional costumes. These drawings became very popular and were reprinted numerous times, illustrating other travellers' accounts as well. Stackelberg's paintings of folk themes, are impressive; the subjects as well as the posture and movement of the figures are quite novel and diverge from the models established at the time.

Title page. The Acropolis and the Temple of Hephaestus in Athens. 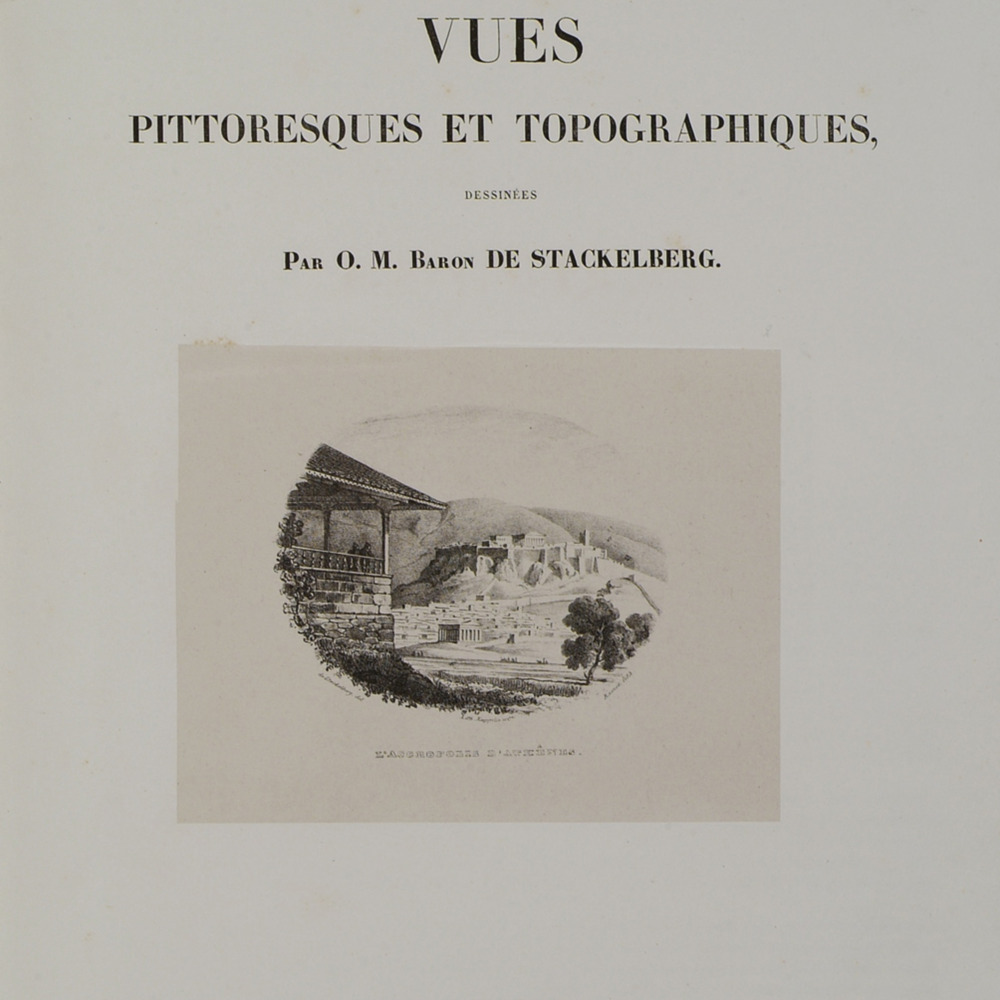 Title page of the first part of the book. The Postern Gate of the Mycenae Acropolis. 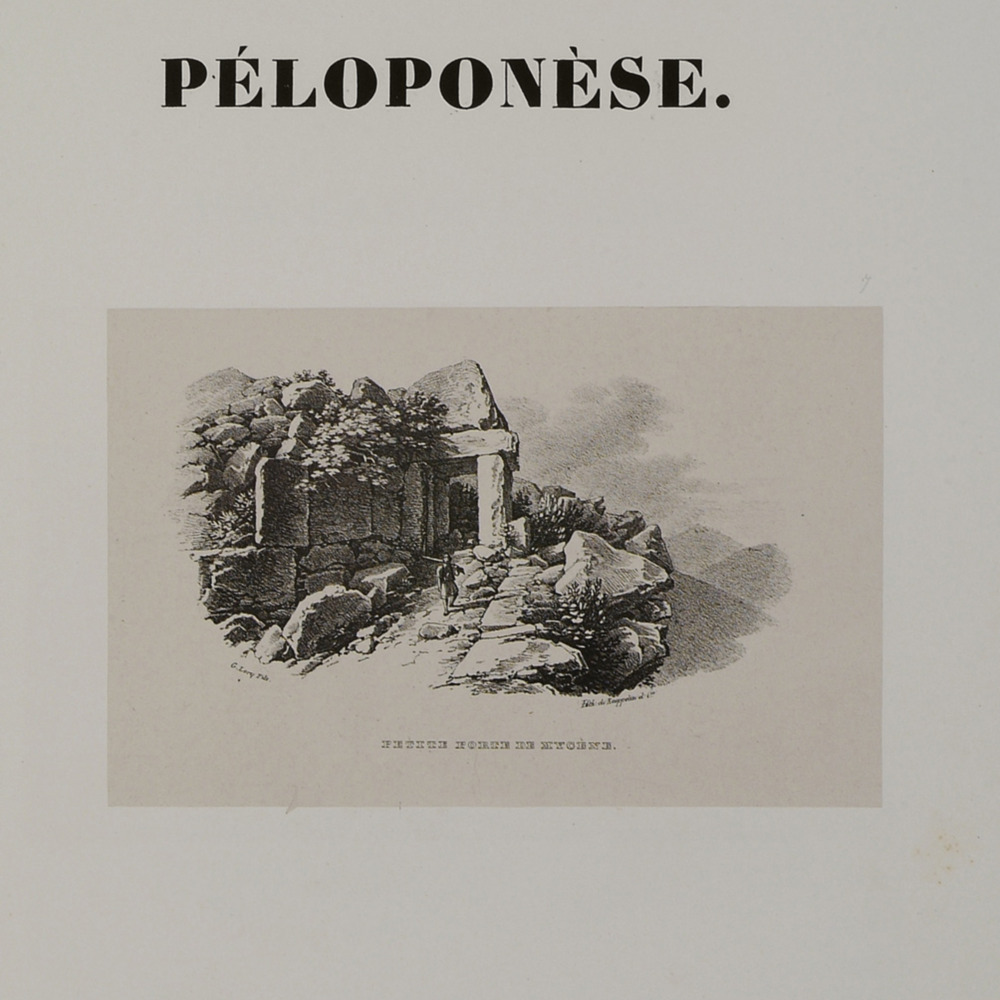 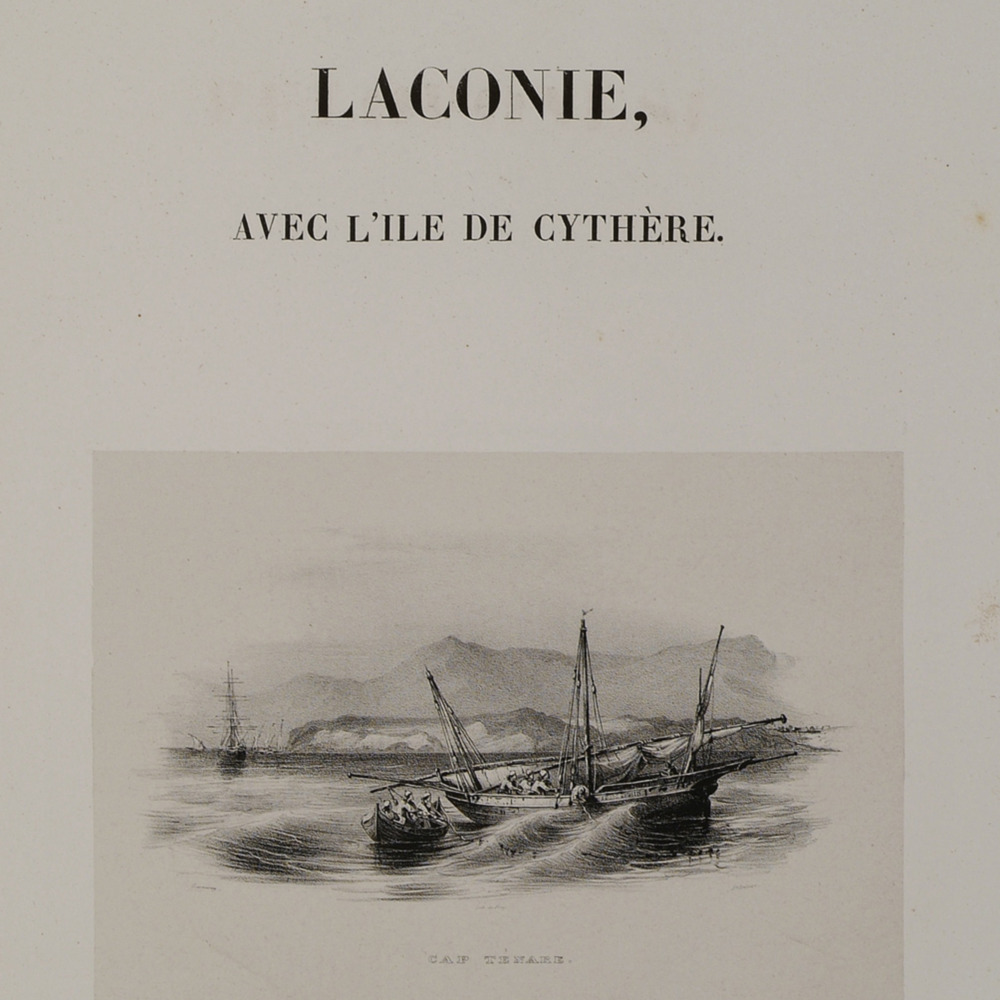 View of the valley of Leuctra with Cape Tainaron. 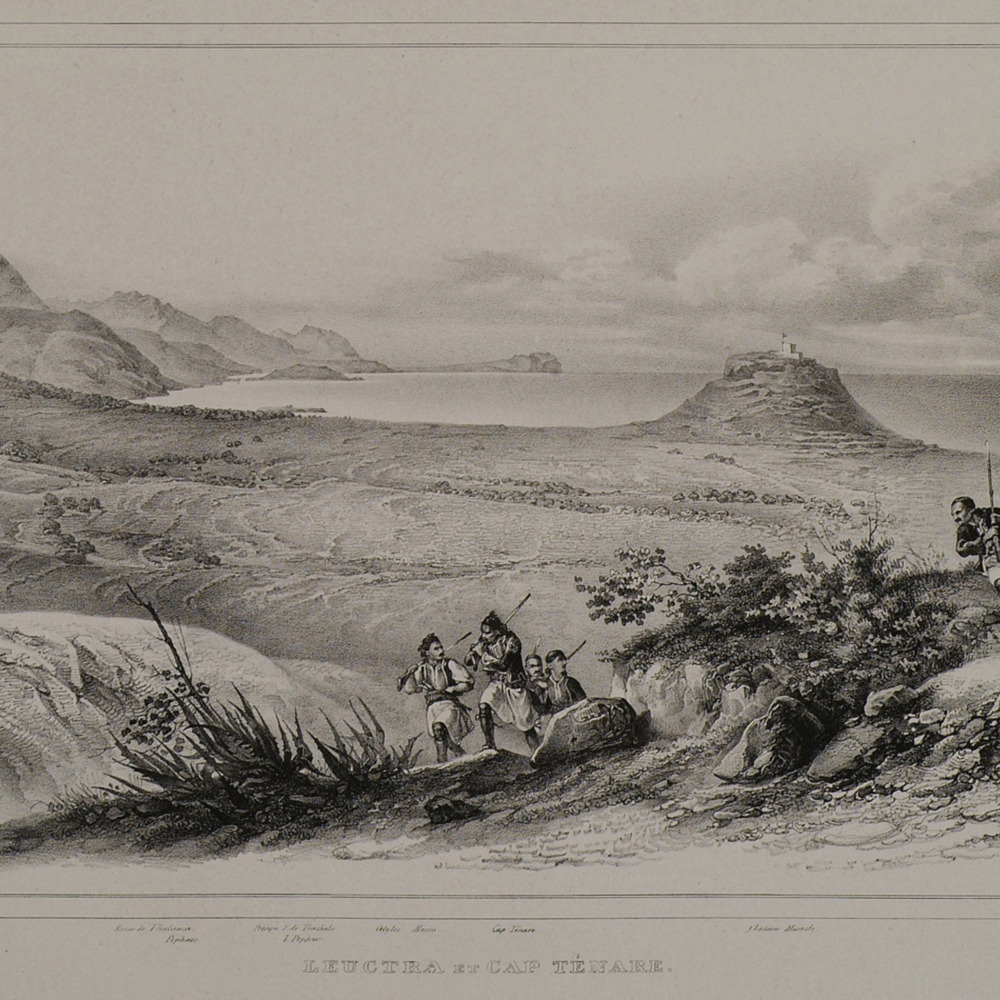 View of Mount Taygetus from Sparta. 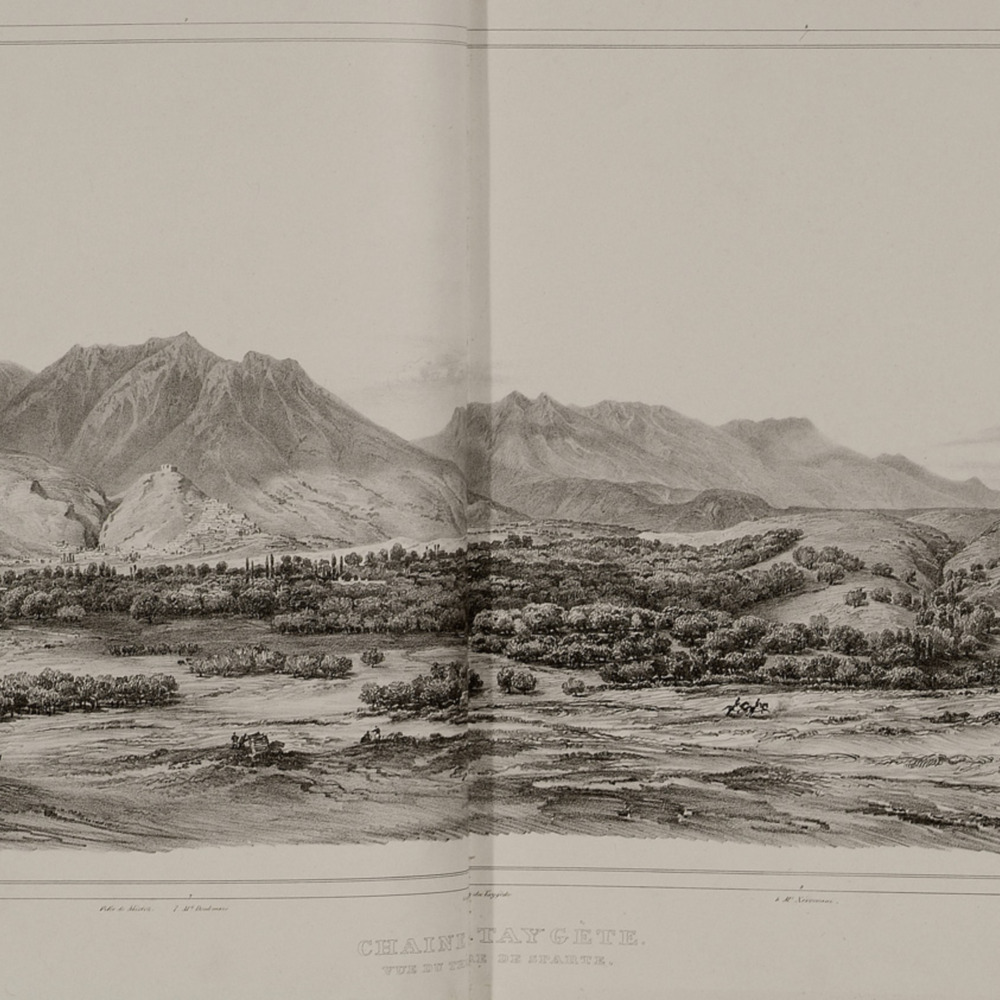