Auguste-Frédéric-Louis Viesse de Marmont Duke of Ragusa (1774-1852) was born in France and died in Venice. Marmont started his military career as vice-lieutenant. He soon became distinguished and was appointed “aide-de camp” to Napoleon Bonaparte. In continuation he was promoted to general of brigade and two years later to general of division, by Bonaparte himself.

In 1806 Marmont was designated military and civil governor of Dalmatia, where he contributed greatly to road construction, introduced notions of modern administration and was named Duke of Ragusa. His military successes earned him the title of Marshal of France and his appointment as governor general of the Illyrian territories. In 1811 he was head of the French army in Portugal, where he became gravely wounded. Nevertheless in the following year Marmont was successfully in command of a corps in Germany. In 1814 however he abandoned Bonaparte in favour of the Restoration under king Louis XVIII. During the July Revolution of 1830 he was suspected of treason due to his prior desertion of Bonaparte. After Charles X’s abdication, Marmont accompanied the king into exile. He later lived in England, Amsterdam and Vienna. In exile, Marmont made the decision to travel all over Europe. He toured Hungary (1832), Switzerland and Italy (1833), Egypt, Turkey and Persia (1834-1835) and again Italy in 1835. He returned to Vienna in 1836 and composed his Memoirs, which were published in 1837 and 1838.

Marmont also tried his hand at metalworking entreprises, as he had come up with a new casting technique, but in the end failed to acquire the corresponding patent. In winter 1838 Marmont settled in Venice. In the following years (1842-1842) he attempted to return to France and recover the family castle at Chantillon, but did not succeed. He died in Venice aged 78, and was buried in his native France.

This rare album is a companion to the four-volume edition of Marmont’s travel memoirs. It includes engravings, which are copies of similar plates by Finden Publishing House. These engravings also accompanied the edition of Baron Taylor’s travels, which were published during the same period. The work includes views of Syria, the Holy Land, Egypt and Sicily.

Portrait of the Duke of Raguse. 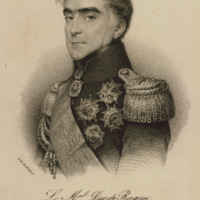 The walls of Acre. 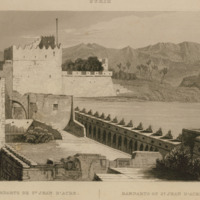 View of the Dead Sea. 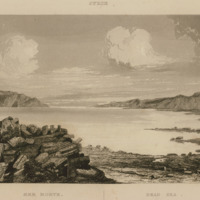 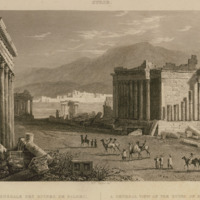 The entrance to the Church of the Holy Sepulchre in Jerusalem. 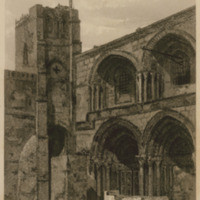